Join FWIN on 16th May 2019 for a trip to the National Trust's Mount Stewart, followed by a lunch and optional walk around Grey Abbey.

Mount Stewart is one of the most inspiring and unusual gardens in the National Trust's ownership.

The garden reflects a rich tapestry of design and great planting artistry that was the hallmark of Edith, Lady Londonderry. The mild climate of Strangford Lough allows astonishing levels of planting experimentation. The formal areas exude a strong Mediterranean feel and resemble an Italian villa landscape; the wooded areas support a range of plants from all corners of the world, ensuring something to see whatever the season.

The house has now re-opened after our 3 year long restoration project.We've brought back the elegance and charm of the house when it was home of the 7th Marchioness Edith, Lady Londonderry and her family in the early 20th century and we look forward to welcoming you to enjoy in all its splendour.

Along with Inch Abbey, Greyabbey is the best example of Anglo-Norman Cistercian architecture in Ulster and was the daughter house of Holm Cultram (Cumbria). It was founded in 1193 by Affreca, wife of John de Courcy, the Anglo-Norman invader of East Ulster.

Poor and decayed in the late Middle Ages, the abbey was dissolved in 1541 but in the early 17th century was granted to Sir Hugh Montgomery and the nave was refurbished for parish worship until the late 18th century.

The remains, in the beautiful parkland setting of the nearby grand house of Rosemount, consist of the church with cloister and surrounding buildings to the south. There is a small visitor centre with displays at the entrance and a reconstructed ‘medieval’ physic (herb) garden.

There is pedestrian and wheelchair access from the car park to the visitor centre, herb garden and abbey church. Gravel paths and grass areas may make some parts of the site inaccessible to some users. 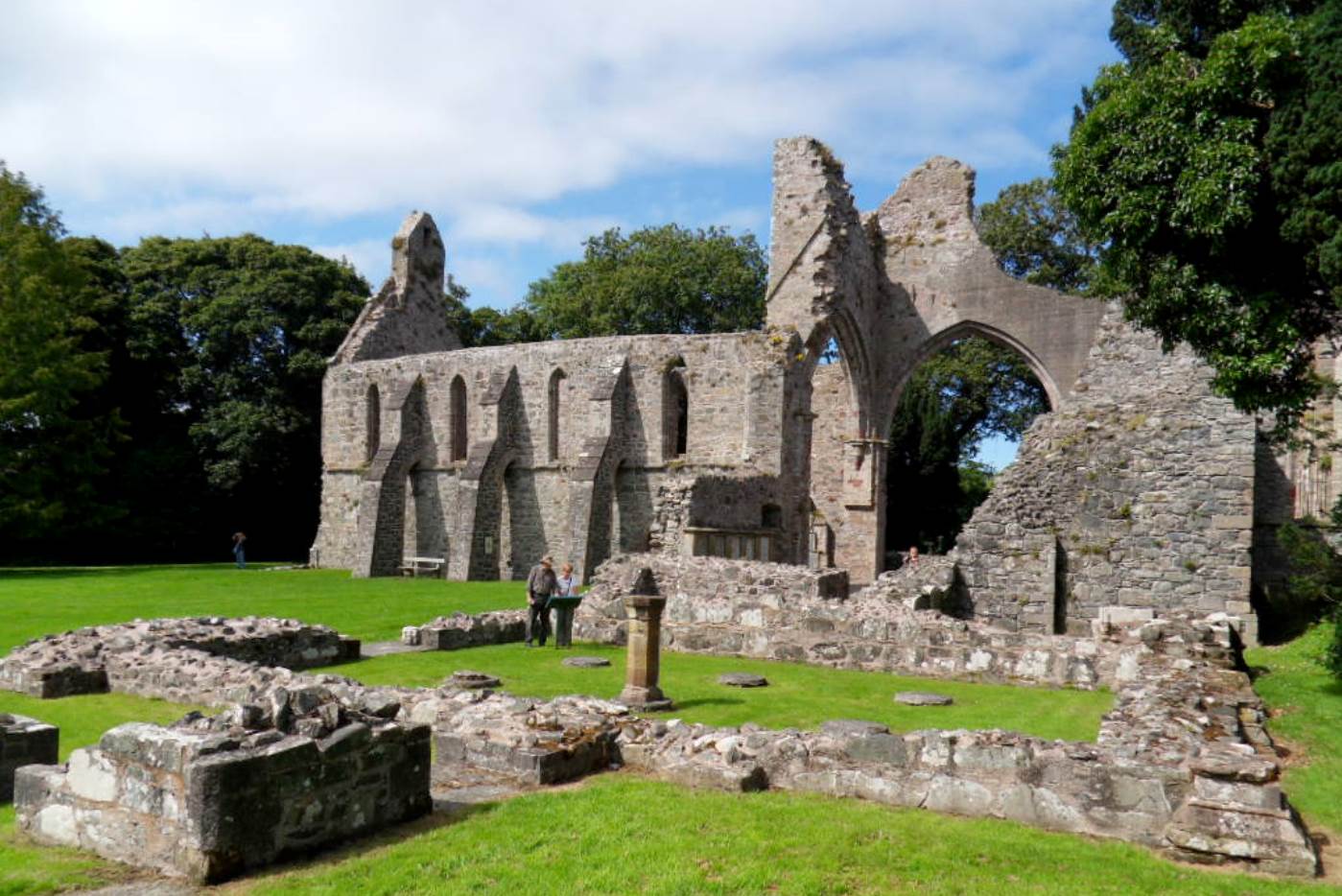